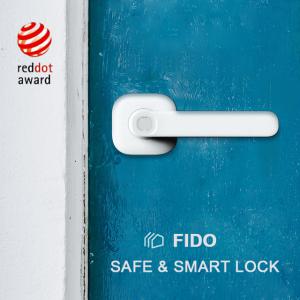 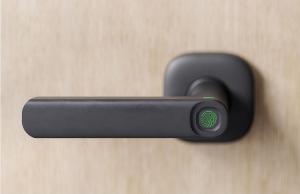 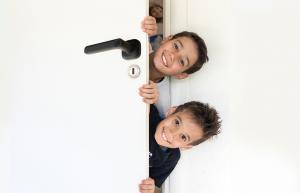 Perfect for home as well as for office use

FIDO, a hack-proof and minimalist smart lock, has exceeded its funding goal on Indiegogo by over 3000% and is poised to change the smart security industry.

FIDO is the first smart lock that improves home security and convenience, making it an all-around better alternative to traditional locks.”
— UJIA

Over 1,600 backers on Indiegogo have shown their enthusiasm for this innovative security system by pledging over $2M HKD in funding. Even more incredibly, FIDO was fully funded within its first hour on the crowdfunding site, making it one of the most successful crowdfunding campaigns of all time.

FIDO was propelled to success upon winning the prestigious Red Dot Design Award. Adjudicated by a panel of 40 internationally-known experts in Essen, Germany, this honor has been awarded to products that embody the very best in design and innovation since 1995.

FIDO’s funding period is set to conclude soon, but those interested in backing the project still have the opportunity to claim their own FIDO smart lock and security system at a huge discount.

FIDO is poised to become the new industry standard in smart home security technology for many reasons.

First, it packs in a host of new features such as fingerprint ID access, a built-in alarm system, and full encryption to guarantee hack-proof security. It also improves upon existing features in other smart locks which were slow and unreliable. FIDO functions faster and much more efficiently than its competitors, allowing users to get in and out without having to fumble with keys, access apps, or deal with annoying loading.

Second, its design is discreet and ergonomic and compliments the look of a home (unlike other smart locks which are bulky and attract attention). FIDO’s handle is designed so that the user’s thumbprint touches the fingerprint reader naturally upon opening the door, so access is completely effortless. On par with its unhackable software, FIDO’s physical components are unbreakable and 100% waterproof. FIDO’s deadbolt lock cannot be stolen or broken, and any attempt to do so will automatically trigger an alert.

And finally (yet most importantly), FIDO is the first smart lock that improves home security and convenience, making it an all-around better alternative to traditional locks. FIDO gives users the option of how to access their homes. There are four different secure unlock methods: fingerprint ID, native app access, Bluetooth, or a physical inducted access card.

It is also easy to maintain and program the lock thanks to the intuitive native app and smart home integration features which allow it to connect with Alexa, Google Home, and IFTTT. Possibly the most convenient feature is the industry-topping battery life. FIDO functions for one full year on just two AAA batteries, making it the most efficient smart lock on the market.

Other award-winning features include:

• Temporary access: Grant access to designated guests for a temporary amount of time while maintaining full control over the app. Perfect for Airbnb and holiday homes.
• Auto-lock: FIDO locks automatically as soon as the door closes. This feature can be turned off.
• Unauthorized user alerts: Unrecognized fingerprints seeking access will generate alerts to your phone.
• 5-minute installation: Incredibly easy, cable-free installation. Install your own smart deadbolt lock in 5 minutes.

UJIA is a San Jose-based smart home security company and a leader of next-generation smart lock solutions. Its designs and innovations have garnered international acclaim and earned UJIA a prestigious Red Dot Design Award for its flagship product, the FIDO smart lock.

For more information on UJIA and the FIDO smart lock (and to purchase your own FIDO lock at exclusive early bird-pricing), visit the crowdfunding campaign at Indiegogo.com.