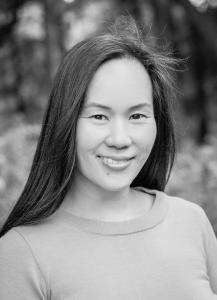 Koi Computers’ Federal Business Development Manager Ms. Catherine Ho said, “We have been working closely with AMD for decades because we trust the quality and performance of their products. AMD, in turn, trusts us to bring value to everything they introduce. The ultimate beneficiaries of this partnership are our clients; they have the assurance that the technology we build will deliver what they require and more.”
To learn more visit: https://koicomputers.com/amd-epyc/
Headquartered in Greater Chicago since 1995, Koi Computers has been working with top technology manufacturers to deliver scalable high performance computing and technology solutions that improve efficiency, reliability and speed. The company’s world-class engineering team specializes in building custom IT solutions that accommodate today’s needs and tomorrow’s vision with services that include performance benchmarking and outstanding support. Koi Computers has a strong track record of developing, building and deploying HPC technology for the U.S. Federal Government with satisfactory ratings in CPARS and Past Performance. The company is a Prime Contract Holder of GSA IT Schedule 70, NASA SEWP V, and NITAAC CIO-CS contracts. To learn more, call: 888-LOVE-KOI (888-568-3564); email: sales@koicomputers.com or visit https://www.koicomputers.com. For media inquiries, contact Jeanna Van Rensselar at Smart PR Communications; jeanna@smartprcommunications.com 630-363-8081.