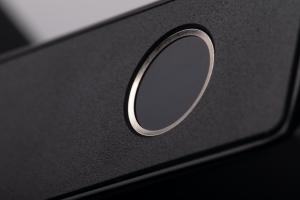 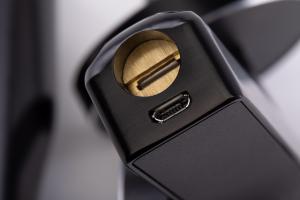 Lockibly locks can be accessed via traditional keys as well 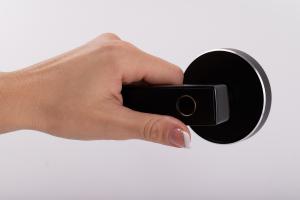 Lockibly is perfect for indoor and outdoor use

We looked at how governments and the top security firms protect themselves. We found that the secret to tight security is better technology and less access. ”
— Lockibly

SAN FRANCISCO, CALIFORNIA, UNITED STATES, February 12, 2020 /EINPresswire.com/ — The smart home security industry is evolving rapidly, but it hasn’t been without its growing pains. Smart security systems such as doorbells and locks have recently been found to be vulnerable to hackers and glitches.

The home security firm Lockibly has launched a line of smart locks in an effort to eliminate the vulnerabilities of other security systems, giving users all the benefits of high-end smart security without the risks.

Lockibly employs maximum security technology used by governments and security firms. Its locks feature fingerprint recognition, advanced encryption, Bluetooth connectivity, and 1-year battery life. And most importantly, the locks can be installed at home in minutes with no need for a locksmith or technician. Lockibly’s line of smart locks launched this week on lockibly.com. All models are available now at limited launch pricing.

Lockibly locks keep your home safe by keeping your lock offline. Other smart locks require an app or cloud access or offer online features that can make your home vulnerable to hackers. Lockibly operates via fingerprint recognition and Bluetooth wireless connectivity. And it encrypts all information that comes through your devices. In this way, you can enjoy smart access to your home and advanced security features without the risks of having the locks to your home on the internet.

“More and more stories are in the news every day about the vulnerabilities of smart home security, but we figured there had to be a way to do it right,” said the founder of Lockibly. “So, we looked at how governments and the top security firms protect themselves. We found that the secret to tight security is better technology and less access. Now, we’re happy to offer this to everyone with Lockibly’s smart locks.”

Lockibly has launched with an initial offering of three locks: Trixod, Hermes, and Activa.

Trixod and Activa are smart locks with fingerprint recognition. They unlock your door instantly when your finger touches the handle and lock automatically after closing to ensure your home is always secure. Trixod has a glossy, modern design and an angular handle. Activa has a rounded handle that gives it a contemporary look.

The Hermes is a versatile smart lock and the flagship design from Lockibly. It features fingerprint recognition and all of the benefits of Trixod and Activa, as well as Bluetooth technology and advanced encryption. Activa allows for remote lock control without online access, eliminating the possibility of interference by hackers. Hermes is available in three color options.

All of Lockibly’s smart locks are made from durable materials and are impossible to break with physical force. They contain a long-lasting battery that charges to full in 30 minutes and lasts one year. That’s 5x more reliable than smart locks that rely on alkaline batteries.

Lockibly locks give you control over who comes and goes with up to 100 programmable users and unique fingerprints per lock. Access can be given via fingerprint, Bluetooth, or both to make it easier than ever to let in guests, delivery drivers, dog walkers, or visiting relatives.

Simple installation ensures that you won’t need to rely on anyone to control access to your home. Add a Lockibly lock to any door in five minutes with a simple screwdriver—no locksmiths, handymen, or other strangers necessary.

Lockibly promises to make homes safer and security simpler with its new line of smart locks. Learn more and purchase a lock for your home at lockibly.com.

Lockibly is a home security firm that specializes in smart home solutions for everyday users. It began as a small team of researchers and engineers that had helped to pioneer technology for top security agencies. These experts understood what made smart locks work, but they also understood the risks of putting access to a lock online.

Putting apps and the profits that come with online tech aside, they went to work to design a smart lock that circumvented the risks of the internet while making life simpler for the average user. After hundreds of prototypes, they realized that fingerprint access and encrypted offline access were the only ways to ensure a safe smart lock. And with that, the first Lockibly locks were developed.

Lockibly’s line of smart locks is now available to homeowners worldwide at lockibly.com. Lockibly plans to produce more smart home security products upon the success of their new locks.