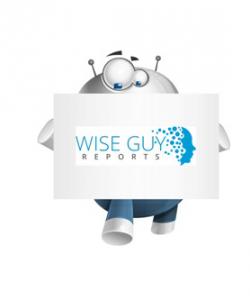 Drone swarm technology is growing its popularity in the military drones market due to its cost efficiency and high fire-power. Drone swarms are a large group of small drones that coordinate with each other to perform actions such as a survey of enemy territories, search and rescue and attacks on hostile objects. Drone swarm technology involves the production of several small cheap drones than one large expensive drone, therefore offering military drone manufacturers and end-users efficiency in terms of cost and time. With the use of advanced swarm technologies, military and armed forces can effectively carry out lethal drone strikes in multiple places at once. For instance, Microsystems developed a drone swarming system called the WOLF-PAK in 2017 which has the capability to fly small drones in groups and make them split away from the group whenever necessary. In 2019, the U.S Defense Advanced Research Projects Agency (DARPA), and the U.S Air Force Research Lab are investing on a project called Gremlins involving multiple controlled micro-drones that drop out of cargo planes to swarm enemy defenses.

The military drones market covered in this report is segmented by drone type into MALE, HALE, TUAV, UCAV, SUAV. It is also segmented by type into fixed-wing, rotary wing, hybrid, by technology into remotely operated, semi-autonomous, autonomous and by application into search and rescue, national defense, military exercises, others.

The production and delivery are the two factors likely to limit the development of military drone’s market during 2020. The COVID19 outbreak impacted the supply chains for various industries including the auto industry, electronics industry, food industry, pharma industry, and defense industry across the globe. Many manufacturing plants are operating at minimal capacities or have shut down their operations completely. According to Air Force Technology publication on 7th April 2020, COVID19 disrupted defense supply chains. The production and assembling activities have been stopped by the big companies owing to the COVID19 lockdowns. Therefore, the productions and disruptions are deteriorating the distribution and supply of military drones, which in turn, is expected to decline the military drones sales during 2020.

Increasing government funding on military drones to enhance efficiency in military operations boosts the demand for the production of military drones. According to the 2018 report published by the Bard College Center for the Study of the Drone, in 2019, the U.S. Navy funding for unmanned systems increased by $1 billion (38%) and the U.S Army funding increased by $719 million (73%), when compared to 2018. Furthermore, the Department of Defense in the US requested approximately $9.39 billion for drones and associated technologies in the fiscal year 2019, representing a significant expansion of 26% in drone spending over the 2018 budget, which was $7.5 billion. Hence, the increasing government spending on unmanned drones is driving the military drones market.

For further information on this report, visit – https://www.wiseguyreports.com/reports/5357988-military-drones-global-market-report-2020-30-covid

NOTE : Our team is studying Covid19 and its impact on various industry verticals and wherever required we will be considering covid19 footprints for a better analysis of markets and industries. Cordially get in touch for more details.