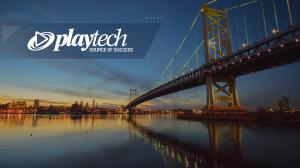 Playtech enters New Jersey as a new player in the fastest growing gambling market of the USA.

The US is a strategic market for our company and we see significant demand for the full breadth of our product offering,””
— Mor Weizer, Playtech Executive

Due to this development, the FTSE 250-listed betting and gaming operator will soon debut in the Garden State under its transactional waiver with Hard Rock International (Atlantic City) and bet365, with plans to launch with additional DGE-licensed operators shortly.

“The US is a strategic market for our company and we see significant demand for the full breadth of our product offering,” Weizer said. “We are happy to have met the requirements of the NJDGE and to be debuting in New Jersey with our strategic partner bet365”.

By many accounts, this is only the first step of Playtech’s foray into the US market, there is a good chance that the company will look to soon expand and secure equivalent approvals in other US jurisdictions. Weizer also mentioned that over time the company plans to increase its product offering by including sports betting.

So far, online gaming products are only active in Pennsylvania and Delaware. West Virginia has also approved gaming platforms but none have launched in the state.

Gambling has had a diverse history among all the states in the U.S. While it’s legal under federal law with certain restrictions about interstate and online gambling, each state has always had freedom in regulating the practice within its borders.

New Jersey has had a long legacy when it comes to gambling, as the state has historically been more permissive than most. Although from 1894 to 1939, it was theoretically outlawed, enforcement was non-existent. In 1976, a referendum legalized gambling in Atlantic City New Jersey, making it the second state in the country besides Nevada with legal casino gambling.

Technically, the answer to – when was gambling legalized in New Jersey, is in 1977, when the state signed the New Jersey Casino Control Act into law.
On February 26, 2013, the New Jersey Legislature passed bill A2578 in law and legalized online gambling within the state’s border. An attempt to stimulate Atlantic’s City’s failing economy by giving land-based establishments the chance to apply for online gaming permits and to partner with iGaming software providers.

Not everyone has followed New Jersey’s example. Thus, the legalization of online gaming still vastly differs from state to state. All interested parties should read legit gaming websites reviews for platforms that offer gaming services to U.S customers.

In May of 2018, The Supreme Court of the United States lifted the federal ban on sports betting. In June of the same year, Gov. Phil Murphy passed legalized sports betting into law, and three days later people started placing bets on sporting events. Mobile sportsbooks went live the following month. Hence, proving that New Jersey remains at the forefront of gambling legalization in the U.S.