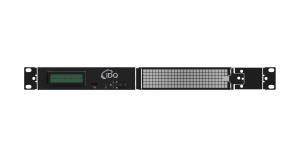 The Quantis Appliance 2.0 greatly improves the authentication and encryption of any data at rest and data in transit at any OSI network layers.”
— Grégoire Ribordy, CEO and co-founder of ID Quantique

GENEVA, SWITZERLAND, June 24, 2020 /EINPresswire.com/ — In today’s connected world, the generation of unique and truly random numbers plays a critical role in many important applications such as cryptographic services to generate high-quality keys to effectively protect access to private networks, servers, virtual machines, and applications; and to protect data integrity and confidentiality for numerical simulations and fintech. The generation of such random numbers is often overlooked. Being deterministic, computers are not capable of producing random numbers. A physical source of randomness is therefore necessary. Quantum physics being intrinsically random, it is natural to exploit a quantum process for such a source.

We, at ID Quantique, are dedicated to the success of our customers in all areas; we contribute with cutting edge Randomness Quality from financial transactions to highest gaming experience, offering higher flexibility, easier maintenance, better protection against any kind of physical tampering, and higher ROI.

As a hardware source of trust for cloud or distributed environments, the new Quantis Appliance 2.0 distributes true and unpredictable randomness to multiple networking and security applications and systems in parallel, for bullet-proof protection of sensitive data, servers, virtual machines and private networks. It also ensures server random pools always have true entropy and augment the entropy of random number generators in security systems such as AAA servers, central key management servers, PKI servers or any security modules. Other applications include gaming, simulations or modelling.

The new Quantis appliance 2.0 is specifically designed to meet the requirements of high availability environments with a robust FIPS/NEBS compliant chassis, hot-swap redundant power supplies and fans, and Hot Standby feature. It integrates seamlessly in any network through standard REST API. The system architecture has been specifically developed with parallelizable processes that allow to minimize latency and offer the best performance without compromising security even at peak times: it delivers quantum randomness to multiple servers in parallel and can serve 8’000 requests of 256-bit keys per second.

“Servers in datacenters use notoriously bad randomness as they have little access to quality entropy sources apart from disc interrupts and other fluctuations” says Grégoire Ribordy, CEO and co-founder of ID Quantique. “With minimum integration and management resources requirements, this new version of the Quantis Appliance can serve multiple requests in parallel from any application needing true unpredictable randomness. It can greatly improve the authentication and encryption of any data at rest and data in transit at any OSI network layers.”

ID Quantique was the first company to develop a quantum random number generator (QRNG) in 2001 and it remains the market leader in terms of reliability and certifications, with its Quantis QRNG product family. It has recently launched the smallest QRNG of the market, designed and manufactured specifically for mobile handsets. IDQ is actively developing new QRNG products for its customers in various fields like automobile, consumer electronics, computer, mobile, financial, gaming and security markets.

At ID Quantique, we also focus on providing long-term security solutions for our customers’ IT infrastructures. Our Quantum Key Distribution (QKD) solution is used to distribute encryption keys, whose security is based on quantum physics and is thus guaranteed for the long-term.