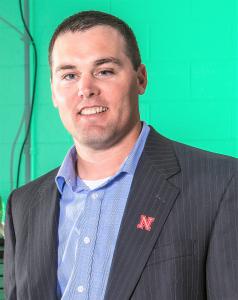 Grain bins are grain storage facilities used in agricultural areas. Unfortunately, grain entrapment, or engulfment inside of the grain bin, causes dozens of deaths each year. Robotics expert Dr. Jeff Hawks of Nebraska began working with his University of Nebraska – Lincoln team years ago to reduce the risk of death or serious injury due to grain bins and the augers that circle the bottoms of the bins.

Dr. Jeff Hawks of Nebraska has been working alongside fellow engineers and robotics experts to boost safety for farmers and anyone operating commercial grain bins. Fortunately, Jeff Hawks of Nebraska brings some agricultural expertise of his own to the table as he grew up on a small farm. Many believe that children raised on a farm make great engineers. This is due to the regular need for farmers and their families to find innovative solutions to problems.

Jeff Hawks of Nebraska explains that farmworkers tend to be do-it-yourself people. If there's a problem with a machine, they want to be able to fix it quickly and affordably on their own. With this notion in mind, Jeff Hawks of Nebraska and his fellow experts set out to create a product that is something farmers will be eager to put to use. He explains that the product needs to be functional for farmers who have been in the industry for 60 years as well as those in their 20s.

Robotics experts working on the project, including Dr. Jeff Hawks of Nebraska, explain that the robot must include sensors that can adapt to the dirty and dark conditions in which many farmers are often working. After all, they explain, farming is not a nine-to-five profession. Jeff Hawks of Nebraska adds that the robotic device must be light enough for workers to handle, without the need for heavy machinery, and small enough to fit inside a pickup truck.

Jeff Hawks of Nebraska has been using the most advanced sensor technology to receive feedback and assess it to improve the operations of the robot. They're now in the process of creating the prototype with the help of local farmers, human resources personnel, grain elevator operators, and more.

There are 2 essential functional requirements for this project. First, the robot must have the power necessary to move (push/pull) the sweep augers that can range in size up to 600lbs. There are traction issues with the type of grain. The other requirement is the ability of the robot operator to visualize the environment with the robot's sensors as this environment is dark and dusty.

This particular robot will be controlled by workers via remote control. Its job is to adjust the sweep augers of the grain bin without actually entering the bin. That means farm workers will no longer have to enter the bin as well. Jeff Hawks of Nebraska explains that he and his team will know if this can be a commercialized product by how well the farmers themselves respond.

"We're the robotics experts, but they're the farming experts," Dr. Jeff Hawks of Nebraska finishes. "If we find them wanting to use it time and time again, we know we've created a product that's going to help the farming community and save lives."