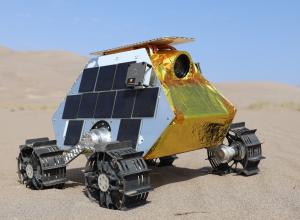 MAPP being tested at the Great Sand Dunes. 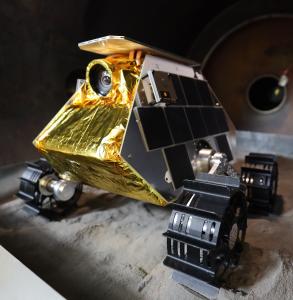 MAPP in a Thermal Vacuum (TVAC) chamber for qualification testing.

A Colorado based start-up named Lunar Outpost built a lunar rover that will search for resources and carry payloads on the Moon, but not break the bank.

DENVER, CO, USA, December 2, 2020 /EINPresswire.com/ — Space has always been tough. Just surviving outside Earth means that a craft has to withstand the extreme temperature, radiation, vacuum, mechanical stresses, and other rigors of a mission. Building technology that can accomplish this also means that space is expensive. Even if you have the resources for the necessary technology, you still need a ride off the planet. Not exactly a cheap flight you can catch at the airport. All these factors, along with the fact that systems have to be fool-proof because there is no chance of repair, creates missions that only a select few nations can pursue. The MARS 2020 Perseverance Rover that launched this year cost about $2.5 billion; NASA’s VIPER mission is slated to land on the Moon in late 2022 and has a price tag of $250 million for the rover itself [1][2]. But what if you could buy one of these rovers for $100 million? What about $10 million? Less? The barrier to entry for a foot in the door to planetary operations would be drastically reduced, allowing for a far larger pool of customers, as well as a larger pool of suppliers.

That is exactly what a company called Lunar Outpost is doing right now. Founded in 2017, their mission is to create technology that enables an extended human presence in space. They have been working for the past couple years on instrumentation and robotics products, including their Mobile Autonomous Prospecting Platform (MAPP), which will search for valuable resources and carry important payloads on the lunar surface. Their 10kg class version costs in the single digit millions, which is unheard of in the space community. It will also incorporate capabilities not yet exhibited on planetary rovers, like autonomous navigation and operation. Lunar Outpost also has a 300kg class version dubbed HL-MAPP (Heavy Lift-MAPP) that is ready to handle the future of industrial operations in space. And if you don’t need an entire rover, you can purchase one of the payload slots onboard for a fraction of the cost. Now, the MARS 2020 rover is about the size of a small car and has a much longer Martian mission life, so it is in a different category of missions, but VIPER is about the size of HL-MAPP and has a reduced life cycle, so using it as a point of comparison is fairly accurate. One must also note that the cost to launch and land an object on the Moon runs about $1.2 million/kg, so the lighter your payload, the less you pay.

Now why does this matter? Well, this reduction in cost not only lowers the barrier to entry for nation states, but also for other companies and even individuals. This Medium article, “Space is for Everyone”, does a good job of explaining how newer companies like Lunar Outpost, Intuitive Machines, and Masten Space Systems, as well as established primes like Lockheed Martin and SpaceX, are creating a new cis-lunar space economy that will not be completely dependent upon government funding. NASA is very supportive of the commercialization of space and has several programs that are helping to jumpstart this commercialization, such as the Small Business Innovation Research (SBIR) and Commercial Lunar Payload Services (CLPS) programs. The technology and missions funded by these NASA initiatives will provide valuable data back, as well as support NASA’s upcoming manned Artemis landings.

Ultimately, the utilization of resources found on the Moon will create a sustainable and long-term presence for humans in space. The oxygen and hydrogen will be used to fuel lunar operations, deep space missions, as well as satellites orbiting the Earth. Lunar Outpost’s fleet of MAPP rovers will be key to finding and classifying these resources. In this new era of space exploration, the ingenuity, determination, and effort of entities of all sizes will be on display. And soon when we look up at the Moon, people will be looking back. Along with a few rovers, too.