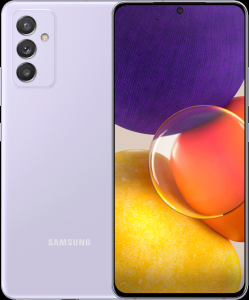 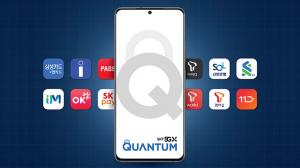 The new Quantum-Powered smartphone features an even wider range of embedded secured applications.

The Galaxy Quantum2 includes more quantum-secured applications than ever before, bringing applications and services to a new level of security in the mobile phone industry.”
— Grégoire Ribordy, CEO and co-founder of ID Quantique

With features matching those of Samsung’s flagship smartphones – i.e. a 6.7-inch display, 64MP camera, Qualcomm Snapdragon 855 plus chipset, etc. – along with strengthened quantum cryptography technology, the Galaxy Quantum2 will be a new choice for customers who value both performance and security.

Like its predecessor the Galaxy A Quantum, the Galaxy Quantum2 is equipped with the world’s smallest quantum random number generator (QRNG) chipset measuring 2.5mm by 2.5mm developed by ID Quantique, SKT’s strategic partner in quantum cryptography communication technology. This QRNG chipset enables trusted authentication and encryption of information and allows smartphone holders to use applications and services in a safer and more secure manner by generating unpredictable and patternless true random numbers.

The Galaxy Quantum2 provides a differentiated security experience to customers. The native integration of the QRNG chip into the Android Keystore (APIs) automatically enhances the security of a large number of services used on the smartphone.

For instance, SKT’s services like T-World, PASS and T-Membership, as well as many other services such as KakaoTalk and Shinhan Card will be secured through the use of QRNG enhanced cryptography offering a much higher level of trust to the users.

ID Quantique and SK Telecom have been working together since 2016 developing quantum technologies for the telecom and IoT markets. Last year, they launched the World’s 1st Quantum-powered 5G smartphone, the first mass market application of quantum technologies.

“With the Galaxy Quantum2, we have successfully expanded the application of quantum security technologies to a wider variety of services including financial and security services” said Han Myung-jin, Vice President and Head of Marketing Group of SK Telecom. “Our efforts will continue to keep expanding services that are safely and securely provided via the Galaxy Quantum2.”

“Security is a top concern for users; at the same time mobile operators are looking to generate new revenue streams” says Grégoire Ribordy, CEO and co-founder of ID Quantique. “The Galaxy Quantum2 includes more quantum-secured applications than ever before, bringing applications and services to a new level of security in the mobile phone industry.”