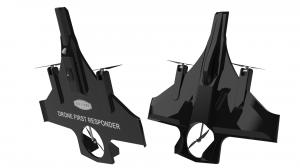 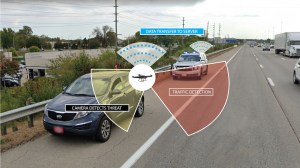 We are excited to launch this game-changing startup to support scalable and cost-effective management of the airspace where commercial UAV systems will operate.”
— Eric Wagner, CEO, Converge Ventures

“We are excited to launch this game-changing startup to support scalable and cost-effective management of the airspace where commercial UAV systems will operate,” says Eric Wagner, CEO, Converge Ventures. “Ohio is a leader in UAV research and adoption; and we are proud to contribute to the ecosystem in a meaningful way.”

Lighthouse, developed with significant insights from customers, provides for a scalable aircraft control infrastructure that can monitor unmanned aircraft across local municipalities, cities, states, and federal entities such as the Department of Defense. Working in partnership with the City of Hilliard, Lighthouse has identified first responders as the launch customer for the system.

The FAA requires that commercial use drones and UAVs must remain within the operator’s visual line of sight, and must be piloted by certified, trained personnel, which can be costly for cash-strapped municipalities. Moreover, the FAA has been averse to permitting unrestricted drone operations in areas that do not have air space management systems such as radars in place.

Virtual Control Towers (VCT) are a permanent structure that can be mounted to cell towers or school building rooftops, and integrate radar, optical, communication, acoustic and weather sensing into a single system. A receive allows any drone to communicate its position to the towers. The VCTs are cost-effective and scalable, with the potential to support large areas of operations — including statewide.

Lighthouse Operator’s Station serves as the dispatch station for the drones. An operator monitoring emergency calls can simply point to a location on a map, click, and send a UAV/drone to that spot directly. For police and fire departments, the ability to see via a drone camera whether a dispatch requires a single officer for a fender bender, or multiple ambulances for a five-car pile-up, for example, means saving precious resources and even lives.

Lighthouse Intelligent Drone Systems are fully autonomous, AI-powered UAVs, replete with redundant communication and navigation, built-in safety features including a parachute, and with a high-definition optical and infrared camera.

Lighthouse will be the only company in the US to offer out-of-the-box drone solutions for municipalities that require limited training and no certified operator. Local governments will benefit from a reduction in manpower and improved operational efficiency, allowing municipalities to recoup their investment in fewer than four years. In addition, Lighthouse's VCTs can be integrated into larger statewide airspace management systems providing localized airspace awareness anywhere.

At present, Lighthouse is working with the FAA, the State of Ohio, and the City of Hilliard, Ohio on an initial pilot project roll-out, which will integrate six virtual control towers to support two Lighthouse drones operating over 13.5 square miles.

“The Lighthouse drone system is developed by and for first responders,” says Eric Grile, deputy police chief, City of Hilliard. “The technology will have a dramatic effect on shortening response times, meaning more intentional deployment of valuable city resources, and less wasted time and personnel.”

The global market potential in the UAV industry cannot be understated. Over the past decade, demand for commercial and governmental use of drones and other autonomous flight devices has grown exponentially. During 2020, worldwide commercial UAV sales totaled roughly $23 billion, a number that is expected to double by 2025. Of the 2020 sales figure, military purchases accounted for some $14 billion.

Within Lighthouse’s home state of Ohio alone, there are 477 municipalities with a total market exceeding $166 million. Across the US, the potential addressable market is worth more than $14.5 billion.

To learn more about Lighthouse Avionics, its cutting-edge UAV monitoring system, and about the team behind the technology, please visit its website.

About Converge Ventures
Converge Ventures, based outside of Columbus, Ohio, is a unique high-tech startup model that identifies innovative federally funded technologies around which to build high-growth startups. Executing a unique customer-driven startup model, Converge Ventures launches, funds, develops, and grows technology-based startups with the support of a highly experienced, multidisciplinary team of partners and advisors. Learn more at convergevc.com.